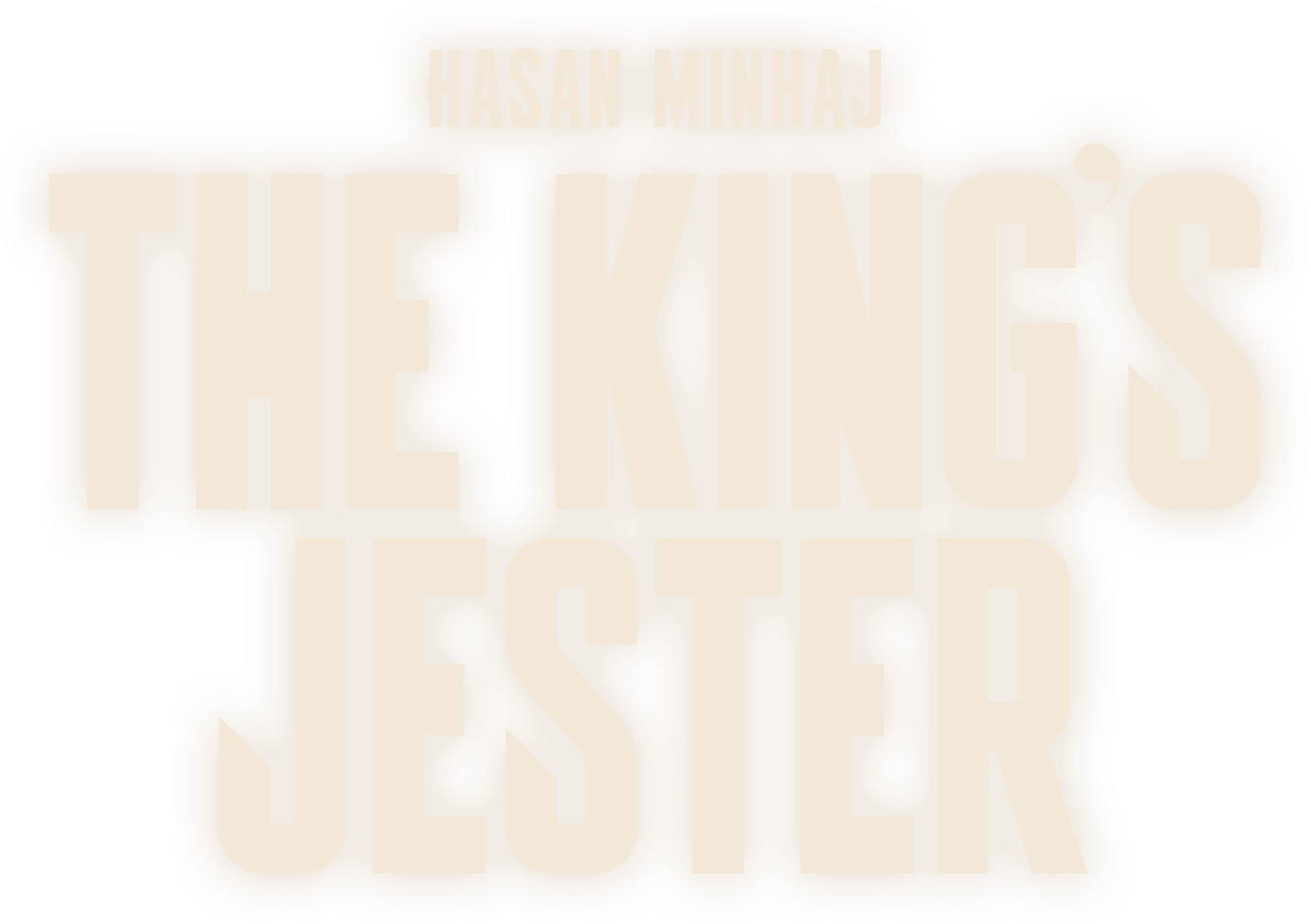 Sometimes the envelope pushes back

Five years after his breakout Peabody-Award-winning Netflix special Homecoming King, Hasan Minhaj is back with his second Netflix special, The King’s Jester.

Known for his incisive social commentary on Patriot Act, Minhaj returns to his storytelling roots with a vulnerable and hilarious portrait of a comedian struggling with fertility, fatherhood, fame, and freedom of speech — all against the backdrop of a jaw-dropping visual experience.